We arrived in the promised land of Stevenage in 2013 when I became pastor of Longmeadow Church next door. Children numbers two and three both came to Longmeadow before secondary school came calling. Its great to be able to put something back into the school and the community now as a governor.

When there's spare time I enjoy reading, watching sport (and thinking I should be getting more exercise myself!), playing games with the family, and continuing my search for the successor to TV's great series: The West Wing.

I qualified as a Chartered Accountant in 2013 and am an affiliated member of the Institute of Chartered Accountants of England and Wales. Prior to my current role, I worked for Pricewaterhouse Coopers LLP providing audit and advisory services to public sector clients including Local Authorities and Schools in London.

In January 2018 I joined Hertfordshire County Council as the Deputy Head of Finance for Adult Care Services. In my spare time I enjoy running, cycling and volunteer with the Stevenage Haven. I am also a dedicated Arsenal fan.

Darren works for a large Retail Bank as a Technology Transformation Manager. His role looks at what Technology can be deployed or improved to help customers and colleagues. He will own the end to end process from idea to delivery. He has scale leadership experience from his time as a Branch Manager.

He has been a Governor since 2010 and is the current lead on Health and Safety as well as the lead for GDPR.

His outside interests include Running, Football and Music.

I have been a Co-opted Governor here at Longmeadow for the past two years. My working back ground has been in Early Years Education for over 30 years. I hold a BAhons in Education in addition to ITT (Initial Teacher Training). I have been associated with Longmeadow for the past 20 years. As well as my own children attending Longmeadow in the past. I have volunteered as part of numerous accredited courses as well as being employed in roles including TA and Cleaner. Since 2008 I have owned the Pre-school based on site at Longmeadow. The Pre-school benefits from a valued working relationship with Longmeadow. Being a working Owner/Manager has allowed me the opportunity to be a part of working groups and committees such as SET (Stevenage Educational Trust) EY working Party and being the EY representative for Stevenage DSPL ENF (Exceptional Needs Funding) team. As the designated Person for Safeguarding at the Pre-school I also have a strong understanding of current Safeguarding requirements and Legislation as well as the impact this has on schools and children.

Gill has been a governor at Longmeadow primary School since 2016 is currently Chairperson of Governors. Gill has had many years’ experience as a governor. Gill has a keen interest in safeguarding, SEN and early years.

Gill has worked as an early years professional in a number of different settings, including children centre and pre-schools. Currently she teaches swimming and coaches at a local swimming club.

In her spare time Gill is a scout leader and loves the great outdoors and also enjoys open water swimming!

I have two children at Longmeadow.  I work 3 days a week and have worked for the Emergency Services for over ten years. I have a Human Resources background and now specialise in Change Management.

Academic education obviously is paramount at school, however I have a passion of education for all life experiences and feel it is extremely important that our children are happy to come to school, enjoy their time at school and are respectful to those they are in contact with. 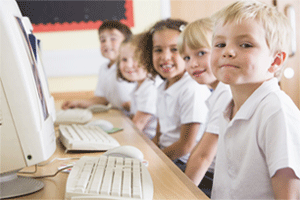