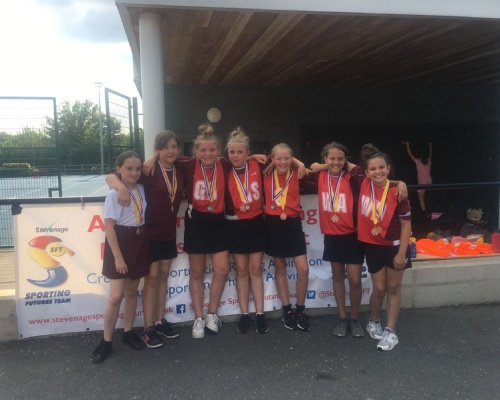 Longmeadow Team A netball team played different schools at SSF Netball festival. All the girls played really well as a team and showed amazing passing and shooting. Over the afternoon we won 3 games and lost 2. This meant that we can 3rd overall in the festival. Well done.

At the festival the results for the league were also announced from all the games the girls have been playing over the last year. The netball girls have given up a lot of there own time to train and play games. We found out that we came 3rd in the league. Well done girls!

Miss Dyble couldn't be prouder of these girls and how they have developed as a team over the year.

Thank you to all the parents who came and supported or gave lifts.